TAIPEI, Nov. 25, 2020 /PRNewswire/ — Executed by the Taiwan Design Research Institute, Hsinchu city has recently hosted the Taiwan Design Expo. The Expo broke spatial format to convert the entire city into the exhibition space. Citizens were invited to enter the city and the exhibition venues, which were also the sites of renovation. With the theme “Check in Hsinchu“, Hsinchu presented two main exhibition venues, six pedestrian routes, and 12 pavilions, along a single axis, and introduced Hsinchu’s unique technological features into design, using magical lights and data to lead people onto a journey through which the 300-year-old ancient city becomes a city of digital technology. The expo also designed and created the “Hsinchu Monsters” in various corners of the city to attract people into the small alleys in the old downtown area, hoping to generate experience and consumption; wandering through those alleys, the visitors not only got to learn the wonderful things of the city, but also brought life back to the area. 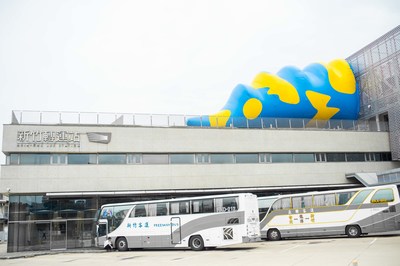 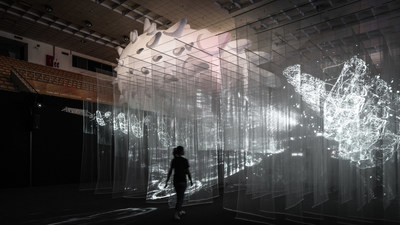 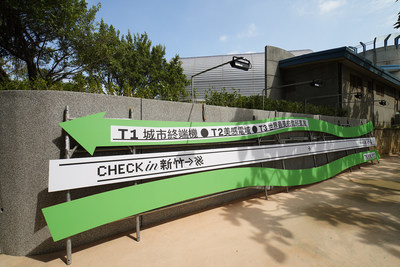 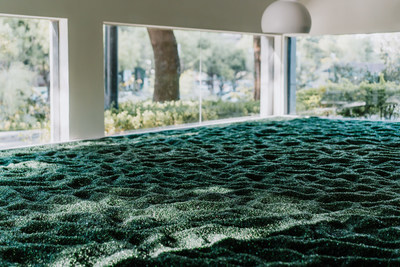 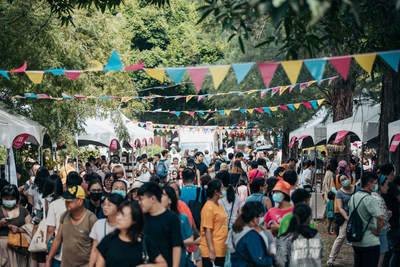 Hsinchu is a small city with an area of 104 km2 and a population of 450,000. In addition to having the highest number of high-tech companies in Taiwan, Hsinchu is also an ancient city with 300 years of history. Due to the recent growth of the science park, new citizens continue to move in. Hsinchu has transformed into a city with a high-income, high-education, high-birthrate, and young population. Mayor Lin Chih-chien of Hsinchu has decided to respond to the young citizens’ needs of living, and launch a complete transformation of the city.

Hsinchu’s old downtown area was the oldest part of the city. It is small and has narrow streets. However, with the development of the science park and shift of urban center, the development of the old downtown area stagnated. Hsinchu City Government has decided to take this area as the starting point of the city’s transformation. Highlighting the area’s qualities of small and crowded, the city has proposed the “Pedestrian City Project” and applied for subsidy of “The Forward-Looking Infrastructure Development Program” of the “central government”.

Hsinchu City has introduced design thinking into city governance, allowing design to blend with local culture and history. Historic sites, such as Hsinchu Train Station and Shinchiku (Hsinchu) Prefecture Library Women and Children’s Hall, have been renovated to rediscover the city’s historical memories. As for quality of life, the city prioritizes citizens’ needs, and has taken on a humancentric approach, respected professionals, and adopted subtraction design, for the renovation of Hsinchu Park, Hsinchu Zoo, and the city’s waterfront. Also, the city expands the scope of transformation, striving to become a more livable city through New School Campus Movement, park renovation project, signage system redesign, safe pedestrian routes, pedestrian-friendly intersections, and underground transmission lines.

According to the CommonWealth Magazine‘s “2020 City Happiness Survey“, over 90% of Hsinchu citizens express that they are happy living in the city. The magazine also discovered that Citizen Happiness Index are significantly higher in cities where the mayors value design. It has been proven that the Taiwanese society is no longer after numbers when it comes to government satisfaction; people now consider social issues, such as historical preservation, and cultural education. The successful story of Hsinchu has shown that introducing design to a city can change citizen behaviors, solve more urban issues, and nurture unique urban DNA.